What “Living Aloha”
is all about

Aloha, I’m Don Couch, candidate for the state legislature representing South Maui, and I’m asking for your vote in the primary election this Saturday, August 11.

You may have seen my campaign videos in which I’ve highlighted some of the things I’ve accomplished for South Maui, not only during my three terms on the Maui County Council but also as a citizen volunteer for many years.

But now I want to spend a little time with you talking about the sense of responsibility I feel in my campaign not only toward the voters and my supporters but also toward my opponents.

There is a law that was passed by Hawaii lawmakers in 1986 as a gift to the people of Hawaii. Called the “Aloha Spirit” law, it was written by the late Aunty Pilahi Paki who believed “Aloha” is the cure for strife between people and nations. According to the law, all Hawaii citizens and government officials must conduct themselves with aloha. It asks each person to think and act with good feelings toward others and explains that ”Aloha” is more than a word of greeting or farewell; it also means treating each other with affection and caring without expecting anything in return. It says, “Aloha is the essence of relationships in which each person is important to every other person.”

In public service and in my everyday life as a man, a husband, neighbor, co-worker and friend I try to uphold “The Aloha Spirit Law.” In my view it is what “Living Aloha” is all about. 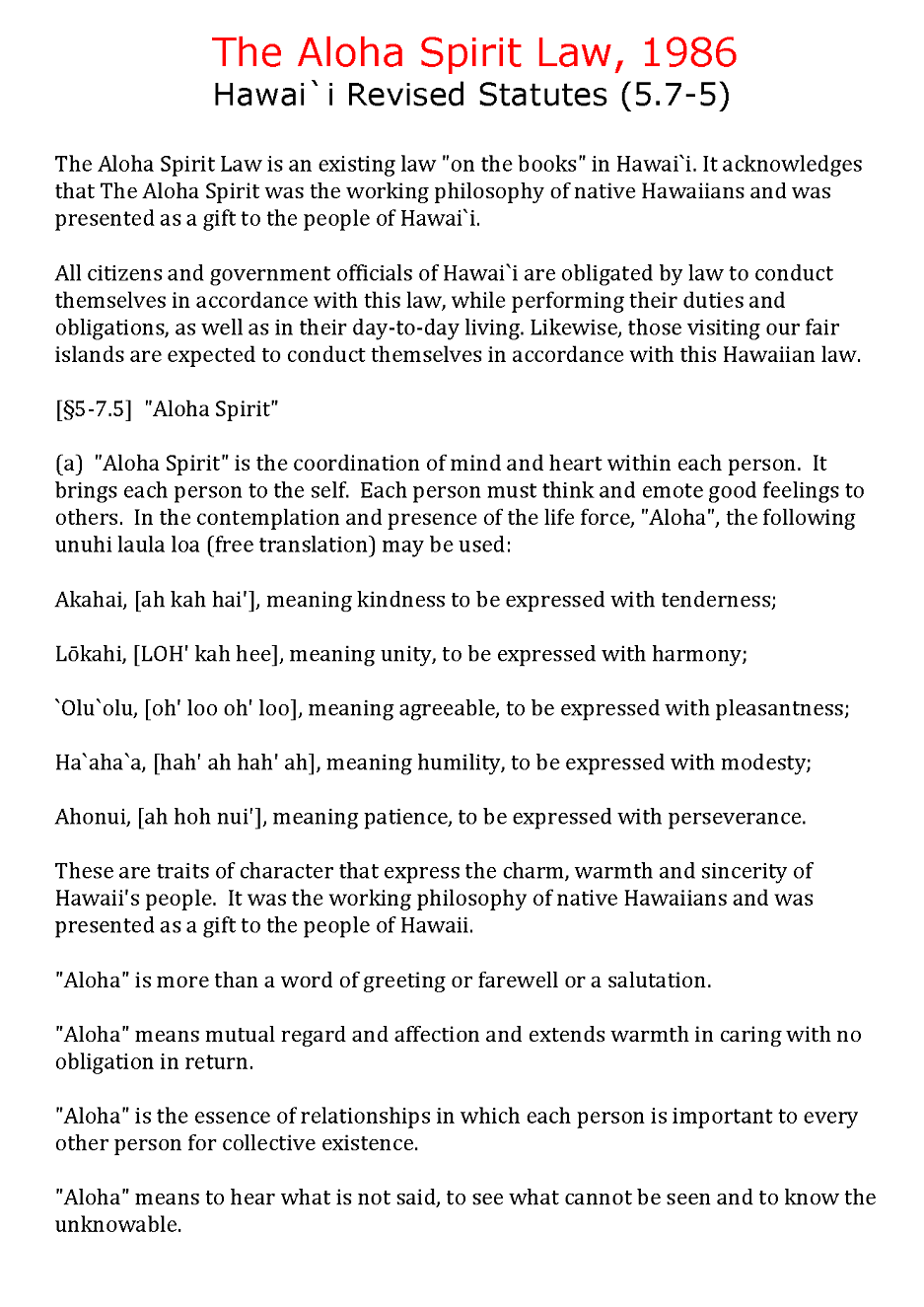 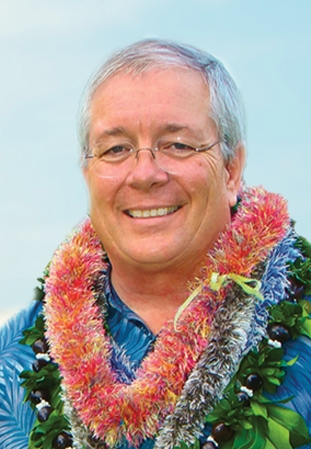